The untold story of a short movie for a big conference. You might have seen all the Easter eggs, but I am sure you didn’t know this! These are some the lesser-known facts about some of the computers used in Stranger Strings made for JavaZone 2018.

You may already have seen Stranger Strings, a tribute to the Stranger Things series, that was created for JavaZone 2018. This was our latest addition to the long list of short films we have created throughout the years.

Here, I would like to share the untold story of the computers and hardware from the movie that might have been seen merely as the props in the movie to the untrained eye, but when you look a bit deeper have quite interesting stories to tell. JavaZone has a tradition of creating short videos before the conference and most of the videos – with a very few exceptions – are in the format of trailers or short movies. These are usually geeky parodies to well-known (and usually well-loved) movies or series. This time we decided to do something a bit different. We created a slightly longer film showing us a parallel, and geekier, Stranger Things universe, and called it Stranger Strings.

We had an amazing JavaZone team, film crew, and actors. It was great fun being a part of the team creating the video and we worked hard on trying to add as many fun references and puns as possible without going over the top. We also did include a hint to a mini online adventure game made by our team and a puzzle that would lead you to a surprise (I still won’t disclose that one!). In case you haven’t seen it yet, you will find a link to the game and hints by just watching the movie a little bit closer. 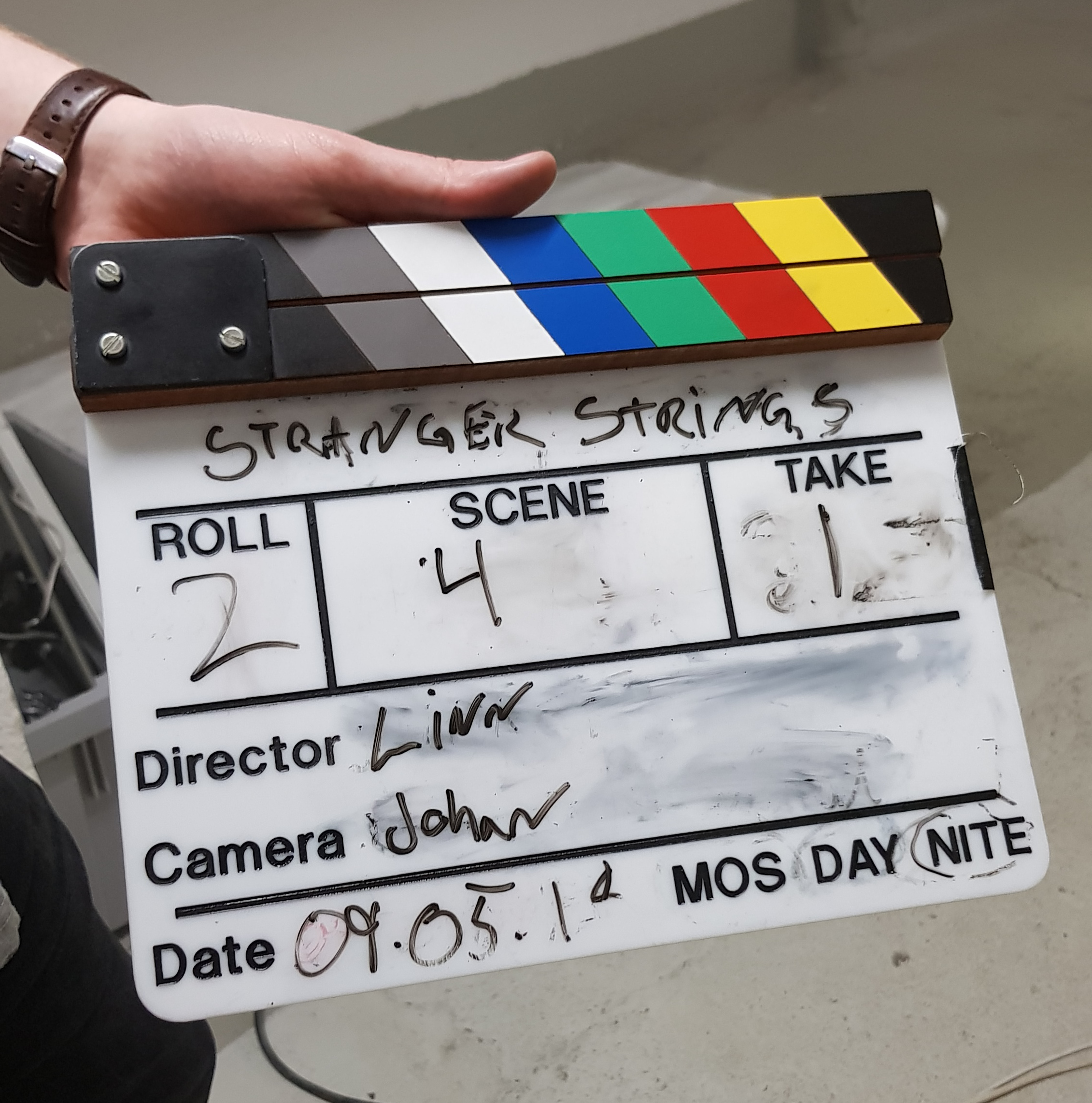 Some of these things were right out in the open, in plain sight, while others were much subtler. Nonetheless, with 1.000 views a day on the first week, and a bit short of 20.000 views in total as of today, most of the Easter eggs and references were noticed by quite a few people.

However, the movie still has something else that was a bit more difficult to notice simply by watching it, and I think it is finally about time to reveal those things as well.

When setting up the set for this movie one of the things we had to do was to find computers from the correct time period, and we needed quite a few of them. So, after asking around on social media, we were able to get hold of a few machines. And what machines they were!

This is where it all started, and where our movie for 2018 got yet another layer of hidden features.

We got all the machines from the collection of the University of Oslo Library, Department of Informatics (again, thanks a lot for providing those!). And all these machines had quite an interesting story to tell.

So, in addition to serving the main purpose of being, well, the machines from the time period for the movie set, they also brought a tiny bit of the Norwegian computer history to the movie.

(Spoiler alert: One could argue that at least one of the machines had a role in the development of Simula. Excited to know which, or what even Simula is? Read on!)

Now, let’s have a look at some of the highlights of what we had at the set.

Story 1: An Icon of Norwegian IT History

The first one out is the control panel from Norsk Data’s NORD-10/S. We used it as a part of the “mainframe” in the movie. It might not have been very visible in the movie, but it still had a great symbolic value. 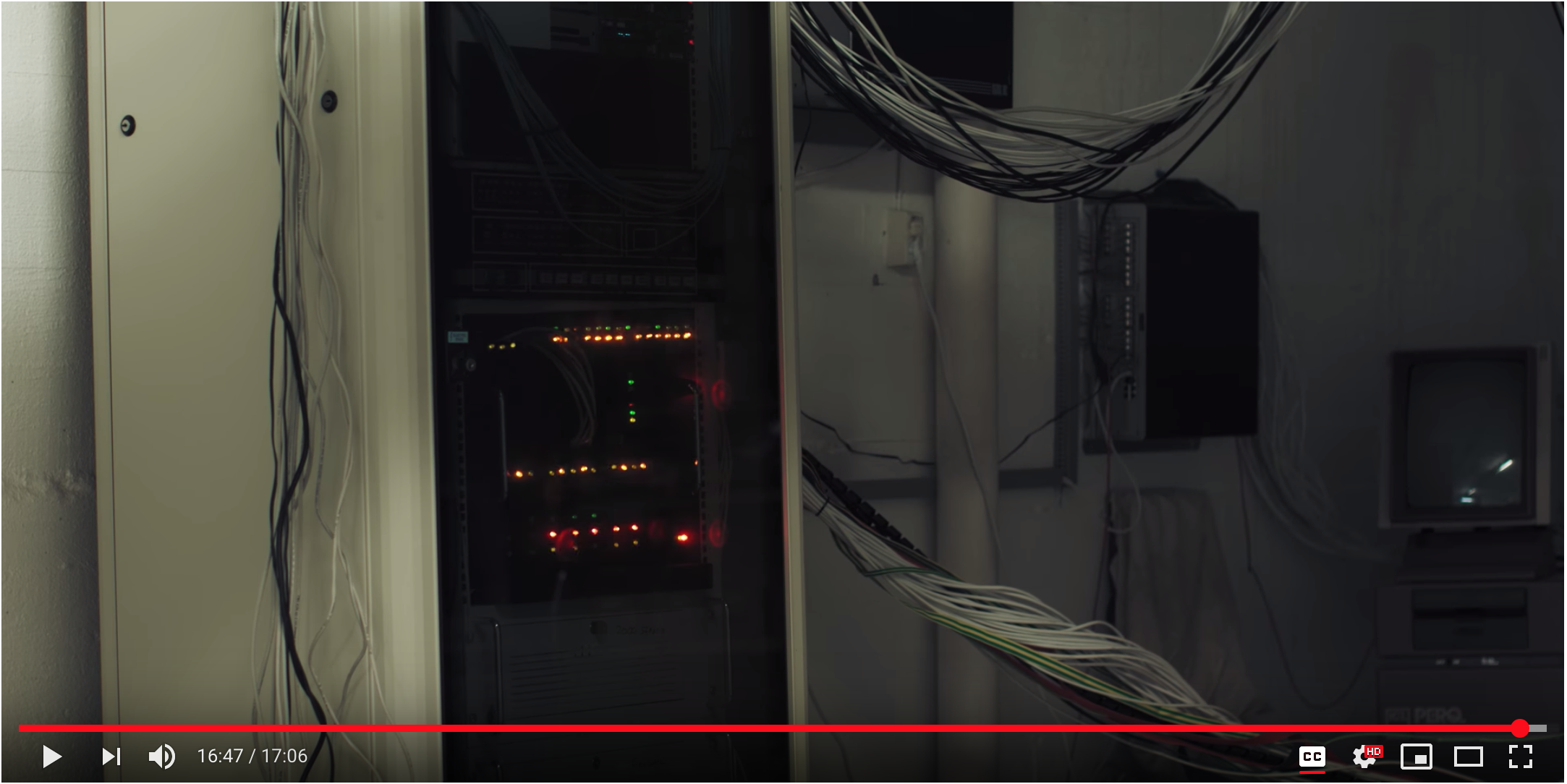 The mainframe (screenshot from the movie).

It was great to be able to include a piece of that history into the Stranger Strings. What makes this piece special is that the company had quite a significant role in the Norwegian IT history.

There are quite a few interesting facts connected to Norsk Data. It was a significant supplier of minicomputers to many research projects, in particular to CERN in Geneva, Switzerland. It was also the first Norwegian company to get listed on the London Stock Exchange (1981) and NASDAQ (1983) – just to mention a few.

The mainframe (behind the scenes). Photo: Rustam Mehmandarov

Also, this particular piece of hardware was acquired by the University of Oslo in 1979 for the university’s main library located off the new, main campus, at Drammensveien (Norwegian article). It came with all the cool stuff that might want back then, like the state-of-the-art punch card reader, and it was used to connect the library with a direct line to the rest of the university network.

This machine was one of the 35 machines bought by the Department of Informatics at the University of Oslo in May 1988 and came with an impressive price tag of 18.360 NOK a piece (which corresponds to 36.269 NOK, or 4.297 USD in today’s equivalent). 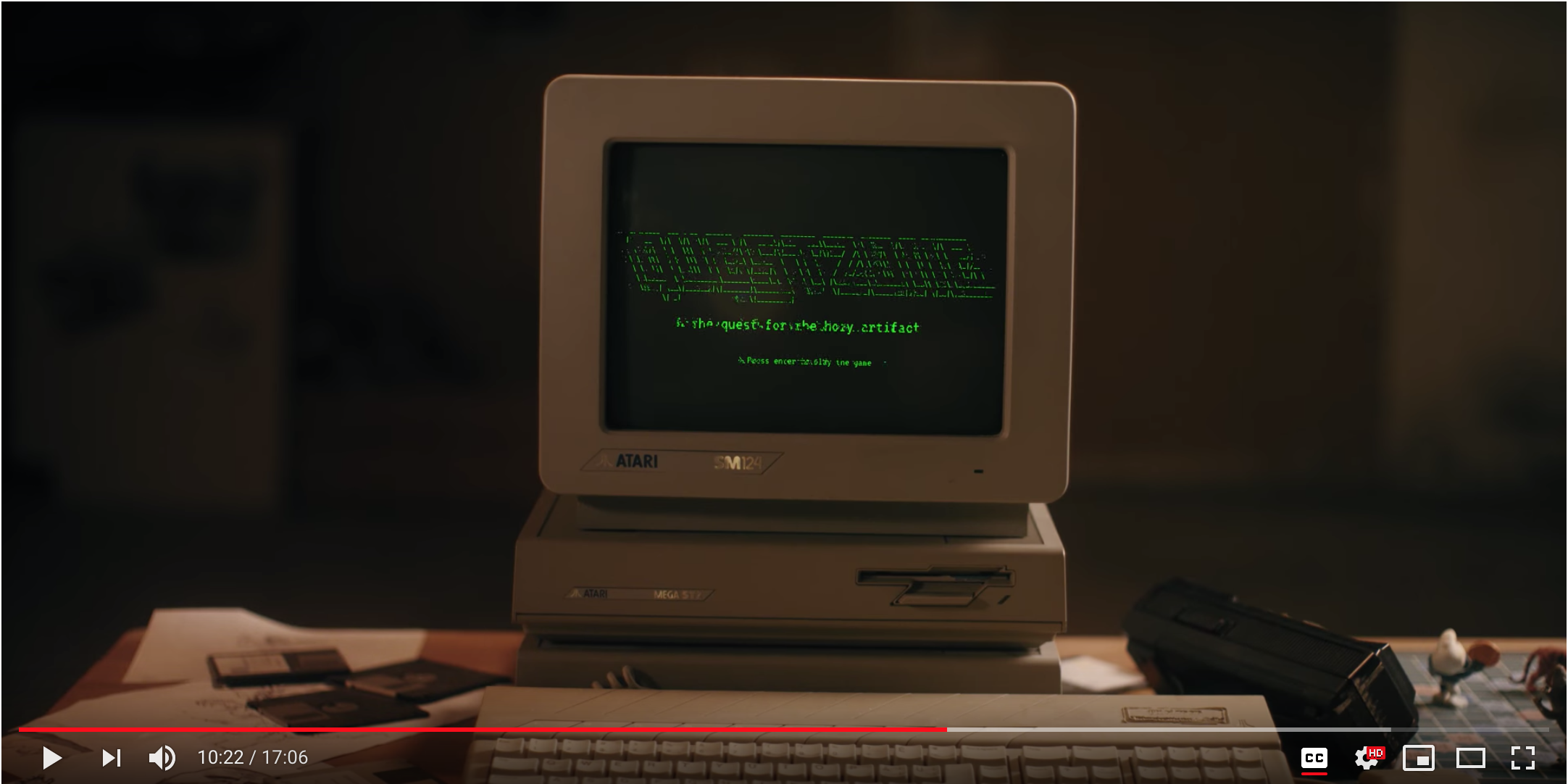 So, we can surely say that this machine did play a role in the education of a few generations of IT professionals here in Norway, before starring in a movie exactly 30 years later.

We also got to borrow not one, but two of IBM’s portable personal computers. This model, form 1984, was the IBM’s first portable machine, had an 8088 processor, and weighed approximately 15 kg (33 lbs). 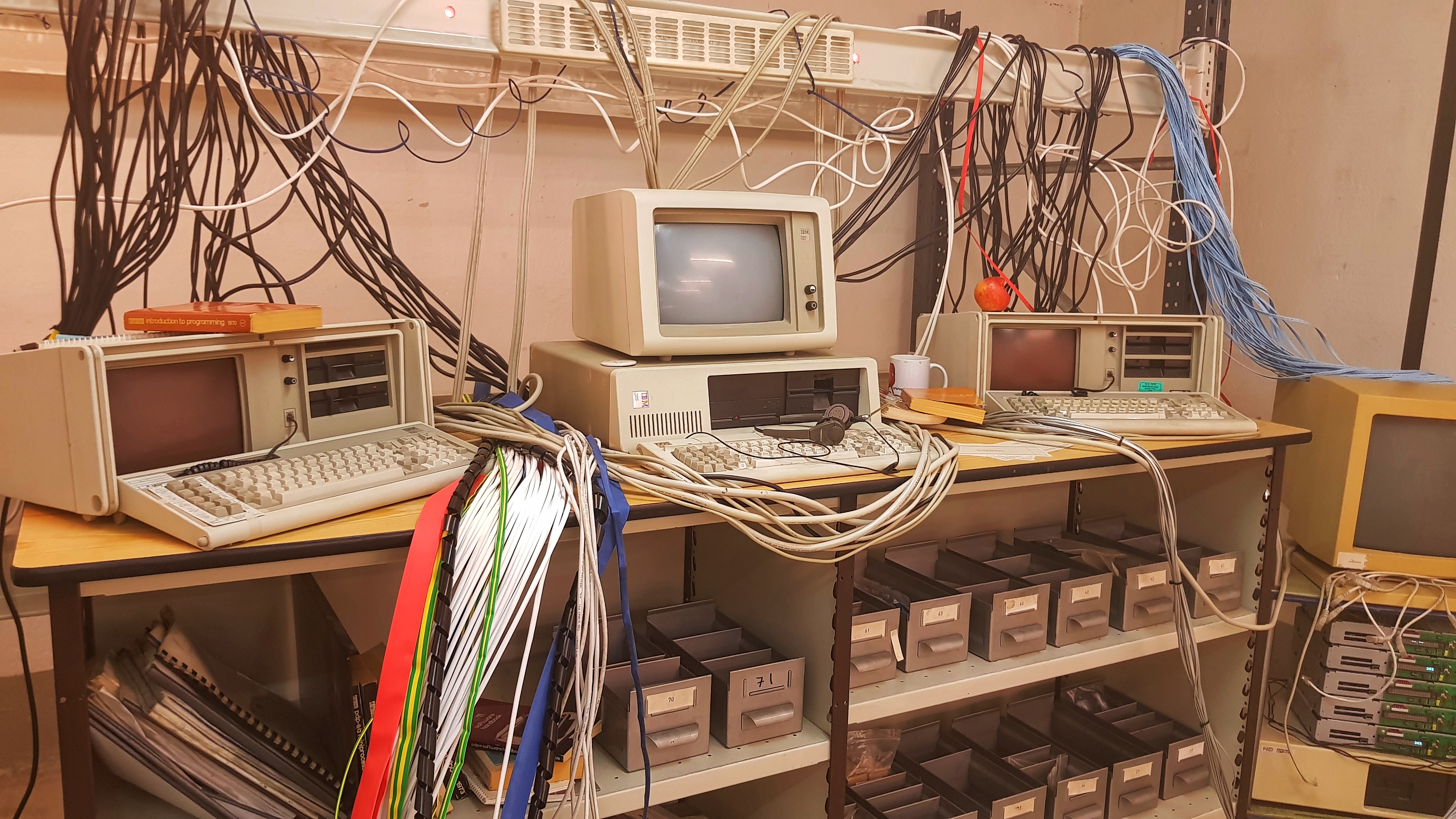 Yes, portable meant something else back in the days… 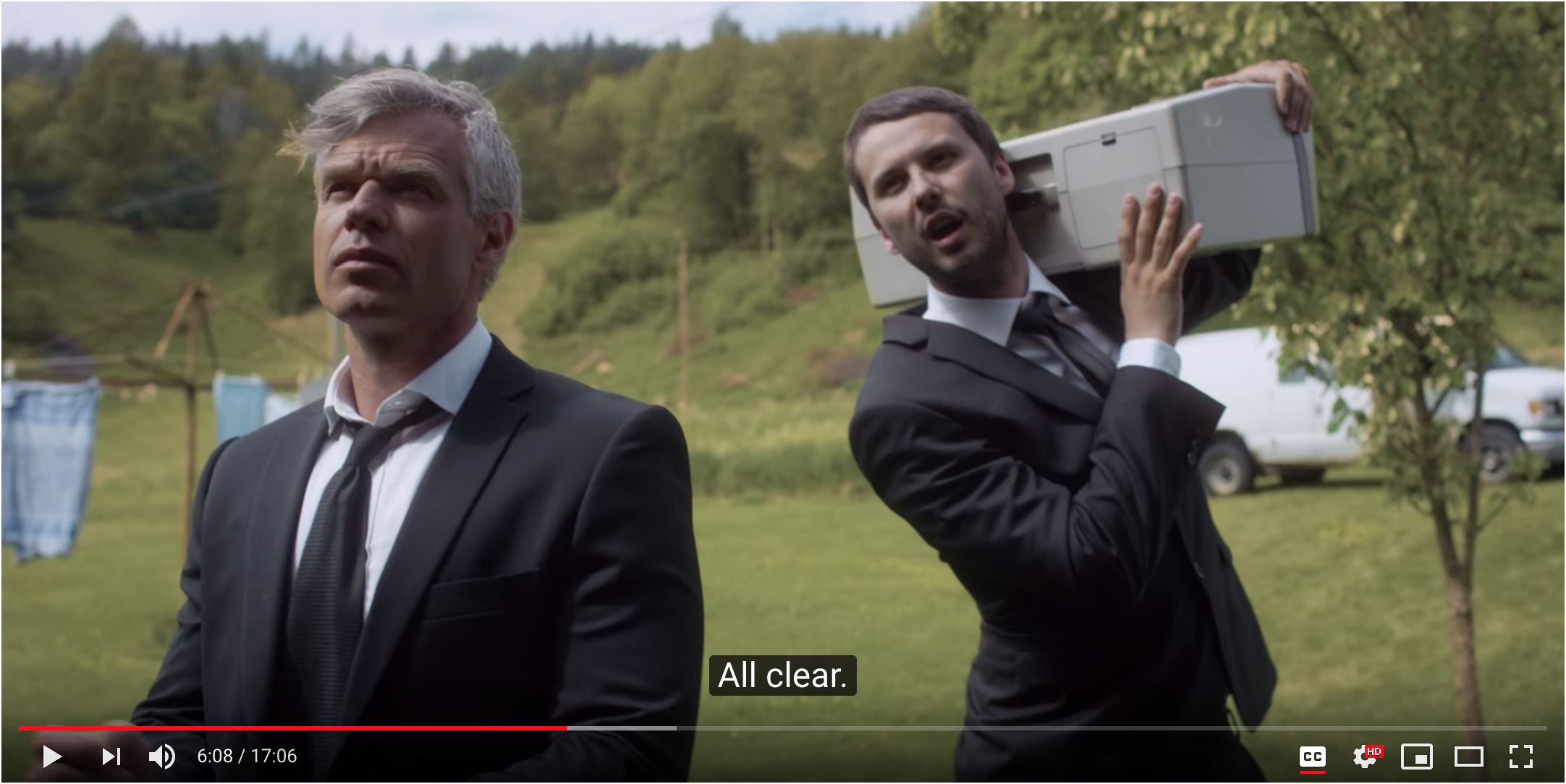 A very light and portable IBM Portable Personal Computer (screenshot from the movie).

I saved the best for last! The machine you could often see in the movie placed between two portable IBMs, and the main machine of one of the main characters – Three – is an IBM XT.

IBM XT was one of IBM’s first PC models. It came with two floppy drives for 5.25” disks and 256 KB RAM. This particular machine was later upgraded to 640 KB RAM and one of the floppy drives was replaced with a 20 MB hard drive. 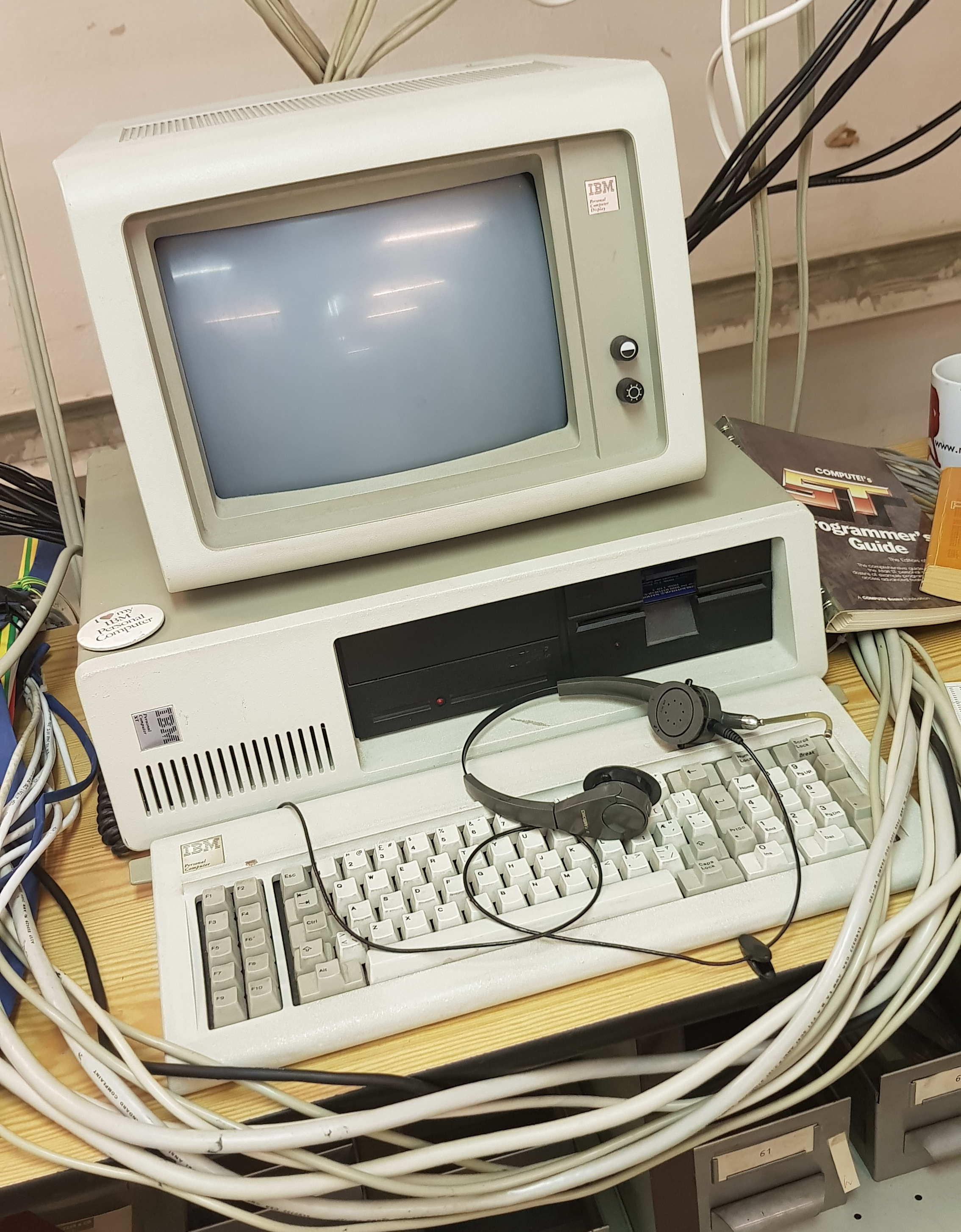 So, what is so important about this machine, you might ask?

The most interesting thing about this particular machine is that it belonged to Kristen Nygaard – the co-inventor of object-oriented programming and the programming language Simula, together with Ole-Johan Dahl.

So, one can argue that this machine, being the office computer of Kristen Nygaard, had a direct role in the development of Simula and work related to it. 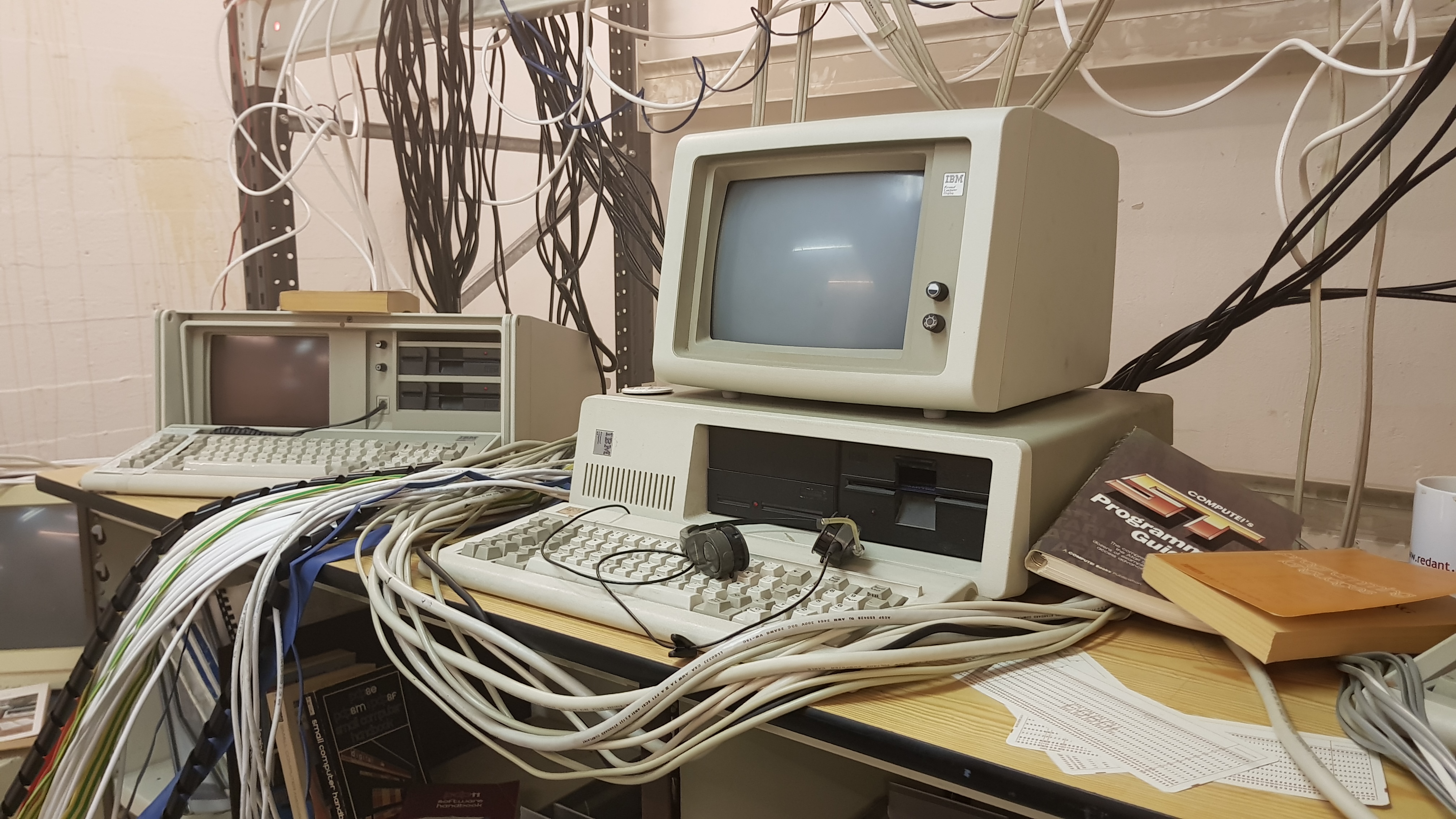 Finally, I would like to yet again thank everyone involved in the creation of this movie! You are all awesome and this would not have been as fun and great without you!

Now, that you have read the stories behind some of the machines in the movie, it is time to watch it again.